Marie-Louise was born in Småland, Sweden. When she was three her family emigrated to the U.S. Marie’s father brought his German typewriter and Swedish adding machine business to the US and opened a store in downtown Minneapolis on what later developed into the Nicollet Mall. Marie (as she was now called in the US) spent her childhood vacations back in their hometown in Sweden with extended family as her mother brought Marie and siblings to Sweden every third summer, with their father staying in Minneapolis to run his business. But he could always get away for 2 or 3 weeks to join them in Sweden. Marie had already learned to love Europe, she had Swedish and English under her belt, so she added German in college and worked there after graduating.

After teaching German at a Minneapolis high school for some years and learning the import business Marie turned to her European taste in furnishing and clothes that was now so keenly developed or was it inherited from her mother’s impeccable taste? Either way, Marie started importing quality home and gift items from Sweden in 1996 and has continued to bring together both modern style and traditional quality. Marie and her mother have made 10 trips together since 1996 seeking quality items from design companies and individual artisans. Her unique selection from a variety of craftspeople is one of the best in the U.S. – and all under one roof. Now as her mother and father prefer to stay home rather than undertaking the arduous task of traveling, Marie’s husband, John is happy to accompany her. 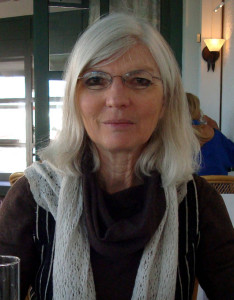